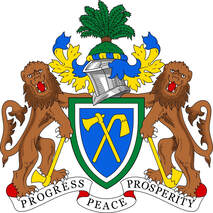 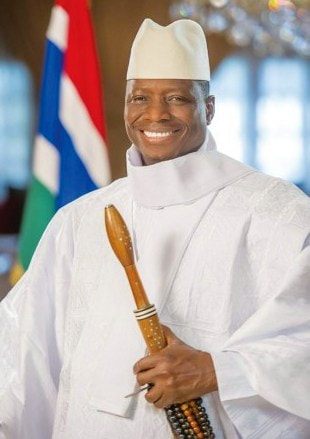 STATEMENT BY "MAD NICK" GREGER aka SINAN AL-RASHID BEY ABOUT
PRESIDENT JAMMEH FROM THE GAMBIA:

"As i white resident in the Gambia, I had the honour to live in a Gambia under the Presidency of President Jammeh. President Jammeh was a man of the people who spoke the language of the people – a language which everyone could understand, unlike the snake language of our so-called western leaders. The political system under President Jammeh was a true democracy on behalf of the people. It was a system which didn’t separate the people, the tribes and the classes through parliamentarianism, but it was based on co-operation between tribes and classes to unify the country instead of causing separation. The economical-system under President Jammeh was also based on co-operation and it was a brilliant mix of government regulation and free trade ...
... The ordinary people were free to trade for all their needs, whilst the big businesses where watched closely by the eyes of the President to restrict corruption and exploitation. The system under President Jammeh cared about every citizen equal. The Christians had their rights to worship freely just like the Muslims. I still remember the Eastern Ceremonies of the Christian communities and I remember when Banjul was decorated for Christmas. I remember when Muslims invited their Christian neighbours at the end of the Ramadan. Gambia was a unified country under President Jammeh and there was no sectarianism tolerated under his Presidency. Prices everywhere in the world went constantly up for all products, but under Jammeh the prices where nearly stabile despite all the economic boycott from the British and many other world powers. Only the prices for Marlboro cigarettes doubled from 2010 to 2016 from 25 to 50 Dalasie. The rice increased a little because of the sanctions against Jammeh. Those sanctions were done by foreign powers because President Jammeh refused to put Gambia under the control of the World Bank for total economic enslavement. Against all Odds it was President Jammeh who did build the paved roads and Highways of the country, against all Odds he brought electricity to Bara and many other Cities in the Gambia, against all Odds he did build an infrastructure for Trade and Tourism on behalf of the Gambian economy, against all Odds he did build the sector of organised agriculture to ensure an independent food-supply for the Gambian people and so on!!! The Gambian currency under President Jammeh was an independent currency – one of the last independent currencies and economies in the world. The Dalasie was protected by President Jammeh against any Foreign- or World Bank speculations and manipulations. I remember when President Jammeh released an executive order in 2014 to regulate the exchange rates on behalf of the local people and trade-men, to stop the criminal-cartels in their attempt to undermine the Gambian Dalasie with bogus-exchange rates. When I see, in times of so-called Corona, how European countries are managing a crisis and when I compare it how President Jammeh handled the crisis of the Ebola outbreak in West-Africa in 2014 then I can only say: President Jammeh closed the borders and the airport of the Gambia for about 4 weeks, he personally informed the citizens about all aspects of healthcare and within a few weeks the story was finished without a single dead caused by Ebola and without restricting the freedom of movement for the citizens within the country. The only problem which occurred in the Gambia during the whole Ebola-crisis in 2014 was a short-cut of fuel for a 2 weeks. But no one died and there was food and freedom of movement and no damage was caused to the economy and no freedom was restricted within the country. Now, these days we see stories about child-prostitution in the Gambia. Such a thing was not possible under President Jammeh. I remember a club near Westfield where young girls were send into prostitution by ruthless businessmen. As soon as President Jammeh heard about it he ordered to immediately close and to even bulldozer that place of crime whilst the criminals went on the run. President Jammeh`s system was also a system of forgiveness and reconciliation. Jammeh was a merciful President and whenever a wrongdoer admitted his errors then he forgave the wrongdoer and gave him a second chance. President Jammeh led an endless struggle against corruption. I remember that he replaced nearly every 6 month the management of the electric-supply company of the country because of the mismanagement and corruption of those corrupted managers. Every single one of those corrupted individuals thought he can outsmart and fool President Jammeh and sabotage the electricity-system of the country on behalf of foreign agents and foreign economic-crimminals, but President Jammeh`s watchful eyes always spotted those criminal activities in time ... 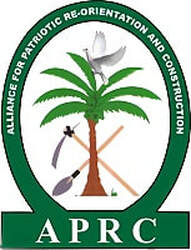 ... I visited more than 20 African countries and from what I have seen and experienced is that the Gambia under President Jammeh was the most save country in Africa and maybe even in the world. People could walk the streets everywhere at any time and they were save. The only people who complained about President Jammeh were the Bumsters because President Jammeh called on them to work for the country and the people; President Jammeh even offered those useless and foolish boys land and farming equipment (for free!) to produce food for the country and to participate in a proper way to build up the Gambian economy. But those Bumsters preferred a lazy, opportunistic and selfish life-style, by fishing old tourists, in their quest for a material life-style instead of taking the opportunity given by President Jammeh to assist to build the economy of their own country. Often I stopped with my motorcycle on the street when President Jammeh past by in his convoy and I proudly and thankfully saluted him and waved my hands to thank him as a White resident of the Gambia for giving me the opportunity to life in Gambia under his Presidency. In addition to all of that: President Jammeh and his wife, the first Lady Zineb Jammeh, were the most beautiful presidential couple which I have ever seen in any country, unlike (for example) the skinny French pupped President Macron who seems to be married to his own grandmother ... 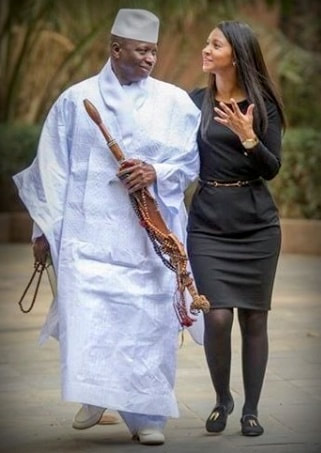 ... The only mistake under President Jammeh`s Presidency was that he allowed foreign so-called NGOs into the Gambia. Often I stopped at the military barracks of the Republican Guards in Fajara, or at the head-office of the NIA in Banjul, to make the officers aware about those NGOs who came to the Gambia to do business and dirty politics under the name of humanitarian affairs. The main goal of most of those so-called NGOs was to exploit the country and to undermine the authority and good work of President Jammeh. It was exactly those foreign interference (NGOs as Trojan horses from foreign secret services) which led to the criminal manipulation of the election in 2016 which resulted in the forced exile of President Jammeh through the foreign military invasion into the sovereign nation of the Gambia. Since then, Gambia lost its sovereignity, it is once again ruled by a corrupted puppet which was installed by foreign powers…. Since then the Gambia is back under the chains of the World Bank and became once again the slave of the interests of international political powers and foreign economic cartels. President Jammeh had brought real independence to the Gambia and he had unified the country on the basis of co-operation between tribes and classes and religious congregations, and he did build an independent economy and currency by burying the post-colonial system of Dawda Jawara. President Jammeh even pardoned Jaware and allowed him back into the Gambia when Jaware admitted his errors. What other President would have shown such a great heart and mercy! History will prove that Gambia had its best times under the Presidency of President Jammeh. If President Jammeh would ever return to office, then it would be like a second independence day for the Gambia. Time will teach the people of the Gambia that Jammeh was the best leader which Gambians ever had! 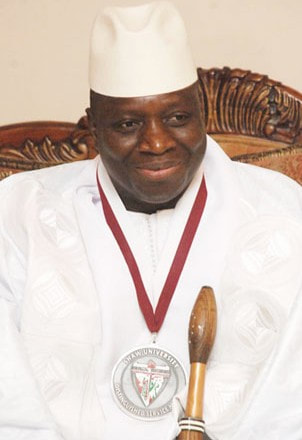