WELCOME TO MAD NICK SOCIETY
- THE LEAGUE OF THE EXTRAORDINARY GENTLEMEN -

​​The Mad Nick Society (MNS) was founded on November 7, 2006 as the Brotherhood of Nick W. Sinan Greger a.k.a Mad Nick, a German citizen with Italian roots, and Lonnie Earl Johnson, an African-American death row inmate from the USA.
​The Brotherhood transformed into the Mad Nick Society also known as the League of the extraordinary Gentlemen on July 7, 2007 to gather freedom loving people and activists to serve justice on behalf of the downtrodden, and to live as free and independent people who have established their own tribe. 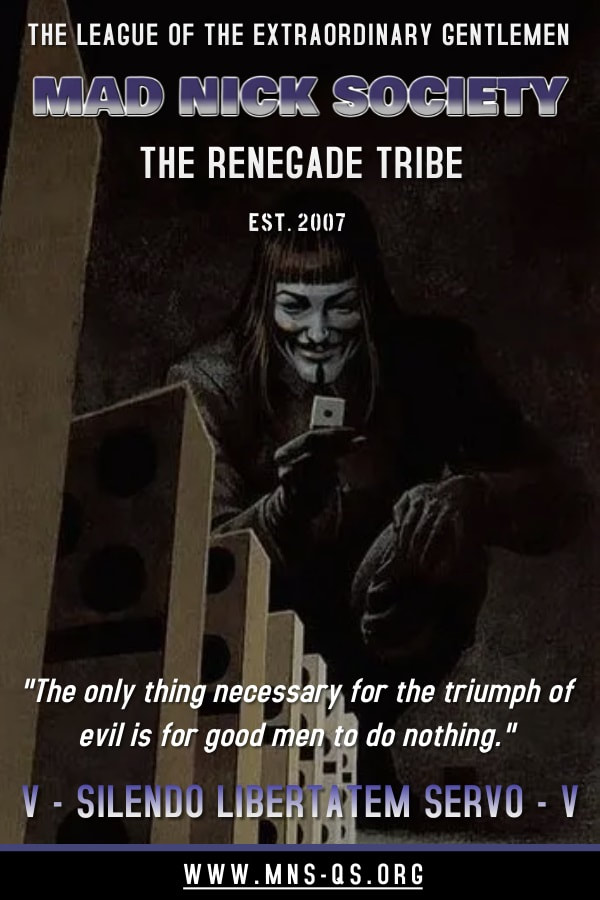 The Mad Nick Society's mission is to promote, to support and to advocate the Universal Declaration of Human Rights as well as the right of peoples and tribes to self-determination.
MNS believes that the United Nations (UN) and many of its subsidiary organizations are neglecting their duty to uphold the Universal Declaration of Human Rights in this day and age.
In recent decades, it also became evident in many cases that the UN itself and many of its affiliates, including many so-called humanitarian NGOs, not only did business under the name of Humanitarian Affairs and Human Rights but also played a inglorious role in the exploitation and the deception of the very people they should protect.
Nonetheless, MNS believes that the Universal Declaration of Human Rights was adopted by the United Nations in 1948 with good faith, at least at the time.
The Mad Nick Society aka the League of the extraordinary Gentlemen intervenes wherever people are restricted or even deprived of their following Universal Human Rights:

All human beings are born free and equal in dignity and rights. They are endowed with reason and conscience and should act towards one another in a spirit of brotherhood.

Everyone is entitled to all the rights and freedoms set forth in this Declaration, without distinction of any kind, such as race, colour, sex, language, religion, political or other opinion, national or social origin, property, birth or other status. Furthermore, no distinction shall be made on the basis of the political, jurisdictional or international status of the country or territory to which a person belongs, whether it be independent, trust, non-self-governing or under any other limitation of sovereignty.

Everyone has the right to life, liberty and the security of person.

No one shall be held in slavery or servitude; slavery and the slave trade shall be prohibited in all their forms.

No one shall be subjected to torture or to cruel, inhuman or degrading treatment or punishment.

Everyone has the right to recognition everywhere as a person before the law.

Everyone has the right to an effective remedy by the competent national tribunals for acts violating the fundamental rights granted him by the constitution or by law.

No one shall be subjected to arbitrary arrest, detention or exile.

Everyone is entitled in full equality to a fair and public hearing by an independent and impartial tribunal, in the determination of his rights and obligations and of any criminal charge against him.

1. Everyone charged with a penal offence has the right to be presumed innocent until proved guilty according to law in a public trial at which he has had all the guarantees necessary for his defence.

No one shall be subjected to arbitrary interference with his privacy, family, home or correspondence, nor to attacks upon his honour and reputation. Everyone has the right to the protection of the law against such interference or attacks.

1. Everyone has the right to freedom of movement and residence within the borders of each State.

2. Everyone has the right to leave any country, including his own, and to return to his country.

1. Everyone has the right to seek and to enjoy in other countries asylum from persecution.

2. This right may not be invoked in the case of prosecutions genuinely arising from non-political crimes or from acts contrary to the purposes and principles of the Universal Declaration of Human Rights. 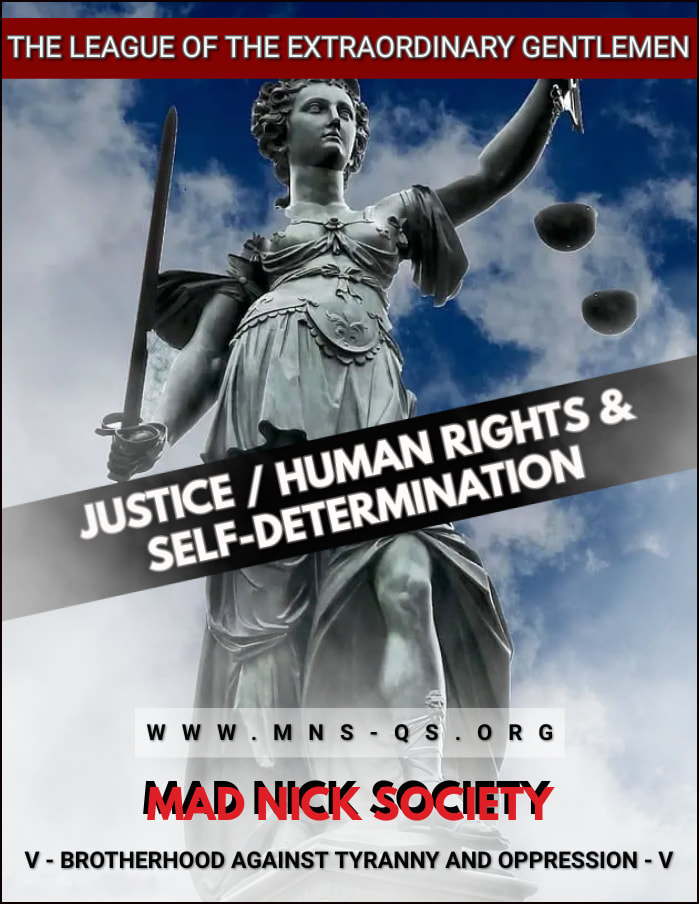 1. Everyone has the right to a nationality.

1. Men and women of full age, without any limitation due to race, nationality or religion, have the right to marry and to found a family. They are entitled to equal rights as to marriage, during marriage and at its dissolution.

2. Marriage shall be entered into only with the free and full consent of the intending spouses.

3. The family is the natural and fundamental group unit of society and is entitled to protection by society and the State.

1. Everyone has the right to own property alone as well as in association with others.

2. No one shall be arbitrarily deprived of his property.

Everyone has the right to freedom of thought, conscience and religion; this right includes freedom to change his religion or belief, and freedom, either alone or in community with others and in public or private, to manifest his religion or belief in teaching, practice, worship and observance.

Everyone has the right to freedom of opinion and expression; this right includes freedom to hold opinions without interference and to seek, receive and impart information and ideas through any media and regardless of frontiers.

1. Everyone has the right to freedom of peaceful assembly and association.

2. No one may be compelled to belong to an association.

1. Everyone has the right to take part in the government of his country, directly or through freely chosen representatives.

2. Everyone has the right to equal access to public service in his country.

3. The will of the people shall be the basis of the authority of government; this will shall be expressed in periodic and genuine elections which shall be by universal and equal suffrage and shall be held by secret vote or by equivalent free voting procedures.

Everyone, as a member of society, has the right to social security and is entitled to realization, through national effort and international co-operation and in accordance with the organization and resources of each State, of the economic, social and cultural rights indispensable for his dignity and the free development of his personality.

1. Everyone has the right to work, to free choice of employment, to just and favourable conditions of work and to protection against unemployment.

2. Everyone, without any discrimination, has the right to equal pay for equal work.

3. Everyone who works has the right to just and favourable remuneration ensuring for himself and his family an existence worthy of human dignity, and supplemented, if necessary, by other means of social protection.

4. Everyone has the right to form and to join trade unions for the protection of his interests.

Everyone has the right to rest and leisure, including reasonable limitation of working hours and periodic holidays with pay.

1. Everyone has the right to a standard of living adequate for the health and well-being of himself and of his family, including food, clothing, housing and medical care and necessary social services, and the right to security in the event of unemployment, sickness, disability, widowhood, old age or other lack of livelihood in circumstances beyond his control.

2. Motherhood and childhood are entitled to special care and assistance. All children, whether born in or out of wedlock, shall enjoy the same social protection.

2. Education shall be directed to the full development of the human personality and to the strengthening of respect for human rights and fundamental freedoms. It shall promote understanding, tolerance and friendship among all nations, racial or religious groups, and shall further the Universal Declaration of Human Rights for the maintenance of peace.

3. Parents have a prior right to choose the kind of education that shall be given to their children.

1. Everyone has the right freely to participate in the cultural life of the community, to enjoy the arts and to share in scientific advancement and its benefits.

2. Everyone has the right to the protection of the moral and material interests resulting from any scientific, literary or artistic production of which he is the author.

Everyone is entitled to a social and international order in which the rights and freedoms set forth in this Declaration can be fully realized.

1. Everyone has duties to the community in which alone the free and full development of his personality is possible.

2. In the exercise of his rights and freedoms, everyone shall be subject only to such limitations as are determined by law solely for the purpose of securing due recognition and respect for the rights and freedoms of others and of meeting the just requirements of morality, public order and the general welfare in a democratic society.

3. These rights and freedoms may in no case be exercised contrary to the purposes and principles of this Declaration.

Nothing in this Declaration may be interpreted as implying for any State, group or person any right to engage in any activity or to perform any act aimed at the destruction of any of the rights and freedoms set forth herein. 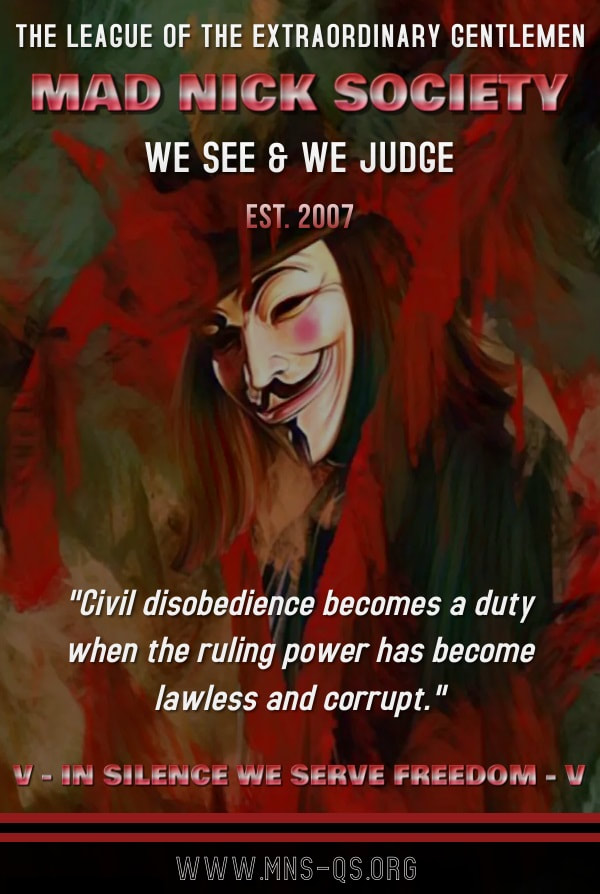 "All peoples have the right to self-determination. By virtue of that right they freely determine their political status and freely pursue their economic, social and cultural development."
Over a decade ago, in order to break free from oppressive and corrupted state administrations, the League of the extraordinary Gentlemen of the Mad Nick Society envisioned creating a people and nation of their own.
As a first step, MNS founded several autonomous, self-governing enclaves in different parts of the world.
In a second step, a network with numerous micronations, self-governing communities and internationally unrecognized states was established.
In a third step, a Special Operation Unit (SOU) of MNS undertook the symbolic occupation of a small island in the Atlantic and founded the Republic Castellum on the two square kilometer rock in the Atlantic Ocean to declare a new tribe and nation.
In another symbolic act, the new nation of Republic Castellum drafted a Declaration of Independence and had sent it to the United Nations Headquarters in New York on March 23, 2013.
The founding of Republic Castellum, though only a micronation, was a well planned training round by the Mad Nick Society to practice nation building.
Since then, the Republic Castellum has consisted of people from all corners of the world whose human and civil rights have been trampled on in their original homelands.
Needless to say, physical life on a rock in the ocean is not possible.
It is now the greatest task of the people of Castellum to search for a place where physical settlement is possible and to move the Republic Castellum from the rock in the ocean to a homeland where the new nation is not only spiritually thrive but also physical as a beacon of freedom in this world.
THE STORY OF CASTELLUM

Members of the Mad Nick Society pledge to make the area they live in a better place and to stand firm in accordance with the MNS Code of Conduct to support the downtrodden in exercising their civil and human rights.

​The MNS maintains several sub-divisions to assist in the execution of its mission:
MNS DEPARTMENTS